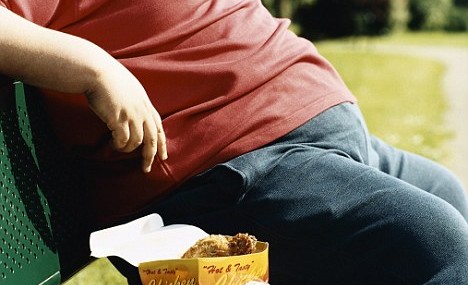 Diabetes could either be due to the lack of insulin in the body or due to the body’s lack of ability to use the insulin present. According the Centre for Disease Control, USA, we are eating our way into a type II Diabetes epidemic – being overweight can make your body resistant to insulin and type II diabetes does just that. Type II Diabetes is the most prevalent form of the condition around the world. While type I is the condition where the body can’t produce the required amount of insulin, Type II is the inability of the body to use the produced insulin properly. Though Type II was one which was usually diagnosed for patients above the age of 40, it is now being seen across all ages – from children to adolescents.

The interesting point to be noted here is the fact that the almost 90% of those who are living with type II diabetes are either overweight or obese. This is perhaps due to the fact that people whole are obese or overweight are actually pushing their bodies’ ability to use the produced insulin to control sugar levels effectively. In the USA, since the 90s, the number of diabetes cases increased by a third and is attributed to the much growing prevalence of obesity in the country.

Type II is largely preventable. Many studies show that even small amounts of weight loss can help in either the prevention or in delaying the onset of the condition. In studies where lifestyle interventions like a change of diet or moderate to intense physical activity were used, it was found that the development of type II diabetes was reduced by 40-60%. These studies were carried out over periods of 3-6 years and showed that preventing weight gain, moderate weight loss and an increase in activity levels can go a long way in diabetes prevention.

What if you have it already?

If type II diabetes has set in already, you could make wise choices on the food you intake, reduce stress levels and make modest lifestyle changes – all to help. While type I diabetes requires the introduction of insulin into the body, type II would need drugs that would sensitize the body to the insulin present. These drugs come with their risks and could result in hypoglycemia if not taken in properly and may result in seizures or even death. A high fibre low carbohydrate diet is recommended for weight loss in this scenario. Also, make sure you check with your doctor before trying out any new sort of diet or exercise.